The United States Mint has updated its daily bullion sales report through to this morning, Monday, March 1, 2021. Overall the Mint sold 402,000 bullion coins in the previous week, the bulk of those being the American Eagle silver bullion coin.

Overall, the Mint sold 390,500 silver American Eagles last week, pushing the total sales of that bullion coin to 7.966 million for all of 2021. That is a blistering rate of nearly 4 million coins in the first two months of the year and puts the mint on pace to sell nearly 48 million ounces this year. While a dip is certainly likely, the demand for bullion has clearly remained strong in the first 60 days of 2021. For the month of February, the Mint sold 3.191 million silver American Eagles.

Finally, there were no sales of the American Buffalo gold bullion coin last week. That means that the total sales for February were 16,000 coins and for the year, there have been 77,500 coins sold. 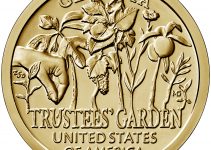